How do energy meter shunts work

How do energy meter shunts work

Summary: In a power meter, energy consumption is measured by measuring the current flowing into a load. The ...
In a power meter, energy consumption is measured by measuring the current flowing into a load. The power of a device depends on both the voltage applied to it and the current flowing into it. To measure power, a shunt is used to measure the current of the load. The shunt is a low-value resistor that is proportional to the amount of current flowing through it. For example, a 100-A load might have a shunt of 500 micro-ohms. The voltage would then drop by about 50 milli-volts.
Shunts are used in electrical meters to measure the current flowing through them. Their current rating is indicated on the DC Ammeter, which should be less than 80% of the shunt's full-scale value. Short bursts of current may exceed the shunt's rating by a factor of two. This would be caused by cranking the engine or starting the motor. In such a case, it is important to measure the current flow from both the shunt and the meter.
Resistive shunts have increased in popularity in single-phase meters in recent years. The reasons for their widespread use in single-phase meters are related to cost, magnetic immunity, and size advantages. However, because most single-phase meters reference line voltage and therefore do not require isolation, shunts are rarely used in three-phase meters. Additionally, the heat generated by resistive shunts limits their use in three-phase meters.
Single-phase energy meters use a shunt in the power line to sense the phase-to-neutral voltage. In contrast, three-phase energy meters each have their own ground. For single-phase energy metering, the maximum current is usually lower than 120 A. This type of energy meter is also commonly used in residential and commercial applications. But it is important to note that while the maximum current of a single-phase energy meter is less than 120 A, the shunt is often the only way to measure the current.
Generally, DC ammeters need shunts to function properly. They either have an external shunt or a built-in shunt. The latter is placed in the circuit where the current is being measured. In either case, the shunt and the meter must match their ratings and calibration. However, it is important to choose a shunt that meets the requirements for your particular measurement. For example, DC ammeter shunts work best in temperatures between 40 and 60 degrees Celsius. However, the devices become ineffective when the temperature rises above this temperature.
A direct current (DC) shunt is a special type of resistor that produces a millivolt output proportional to the current flowing through it. Its composition is two conductive metals that are connected with a manganin band. It is usually placed along a DC line in series. The shunt can detect small changes in voltage and is used in large-current applications. In a DC-only system, a DC shunt measures the current in a circuit that does not use AC-based meters. 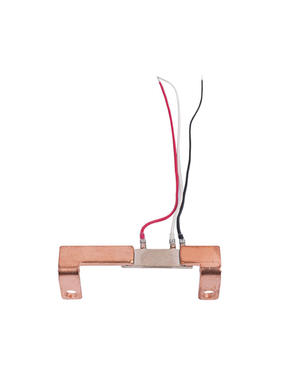