What is the principle of shunt detection of DC current

What is the principle of shunt detection of DC current

Summary:A shunt is built on the principle of detecting a voltage across a resistor when a DC current is pass...
A shunt is built on the principle of detecting a voltage across a resistor when a DC current is passed through it. The shunt is a direct detection method, and the upper limit of the measured current is generally not too large. The electrical signal directly obtained from the resistance is an analog signal with a small value. An external amplifier circuit is required to amplify the signal, and then the A/D conversion circuit is used to convert the signal. It is converted into a digital signal.
The shunt detection method has high precision, a simple structure, and low cost. However, there are certain requirements for the series-connected measuring resistance and the external signal amplifying circuit. First of all, this resistor must have high precision and good temperature drift characteristics, and the resistance value of the measuring resistor is unchanged in a certain environment. Secondly, the required accuracy requirements can be obtained by using some better measuring instruments and more advanced measuring methods. But temperature drift is unpredictable and compensation is difficult.
The shunt detection method is generally used when the voltage is not high and the current is relatively small. If the current is too large, a relatively large loss will occur on the resistance. For example, when a current of 100A is passed, the power consumption generated by the resistance of the milliohm level is used. It is also amazing, and almost all the losses on the resistance are converted into heat energy, which increases the difficulty of heat dissipation. In addition, the output signal of this method is small, and an additional amplifier circuit is required, which is also the limitation of the shunt detection method. 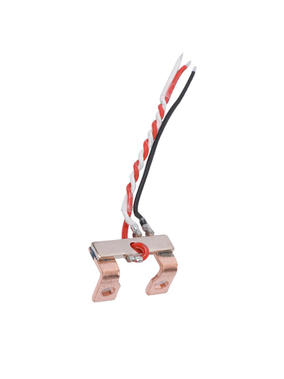